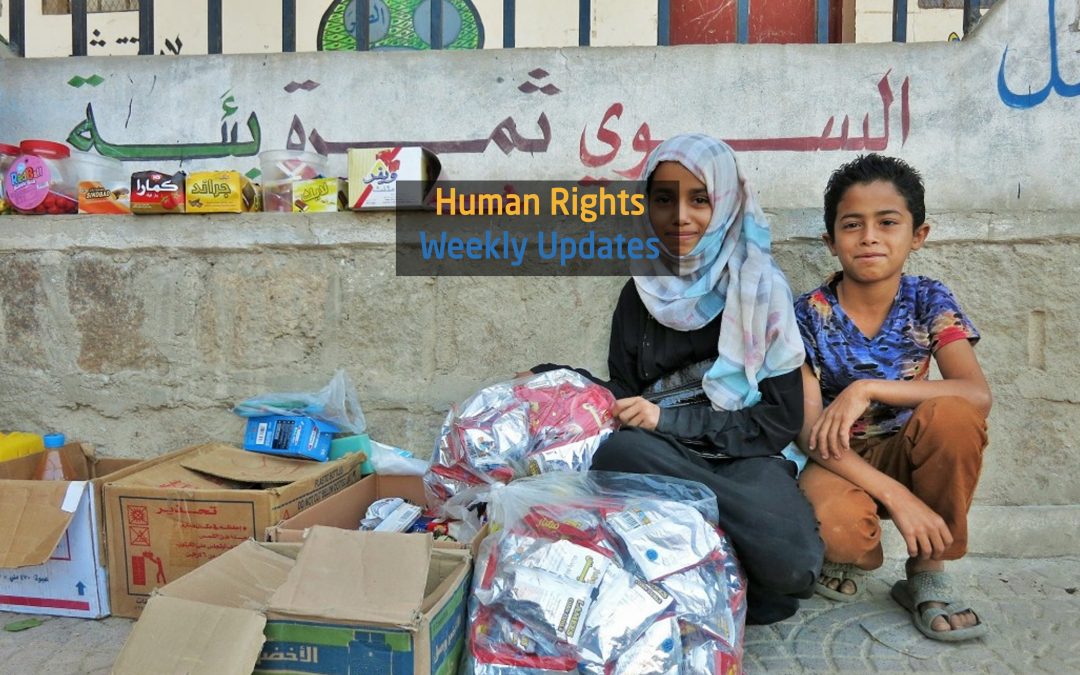 (26,November,2019), With a thin body and sweat dripping from his face, the child Mohammed al-Wasabi,11-year-old, drags his cart full of beans in a market in Ibb, controlled by the Houthi group. Al-Wasabi couldn’t continue his education because he has to work and support his family of 7.

(26,November,2019), Jordan Foreign Ministry has said two Jordanian crew members who had been seized by the Houthi group in Sana’a have been released.

(26,November,2019), Sixty deaths and seven thousand infected cases of malaria and dengue fever in less than a month in al-Jarahi district in Hodeida governorate, according to a report issued by the Humanitarian Journalism Foundation.

(27,November,2019), The Yemeni Journalists Syndicate condemned the abduction of the distributor of al-Sharea newspaper, Zakraia Hassan and the bus driver, as well as the confiscation of the bus by armed men in Taiz city.

(29,November,2019), Three civilians were killed and others injured as a result of continuing conflicts between army forces and armed men in al-Wadi district, east Marib governorate.

(29,November,2019), For 3 years,8-year-old Walid hasn’t been able go to the park and play. His father’s public salary hasn’t been paid for three years, so Walid is forced to go collect waste after school to support his family. Children now go to the landfills instead of the parks.