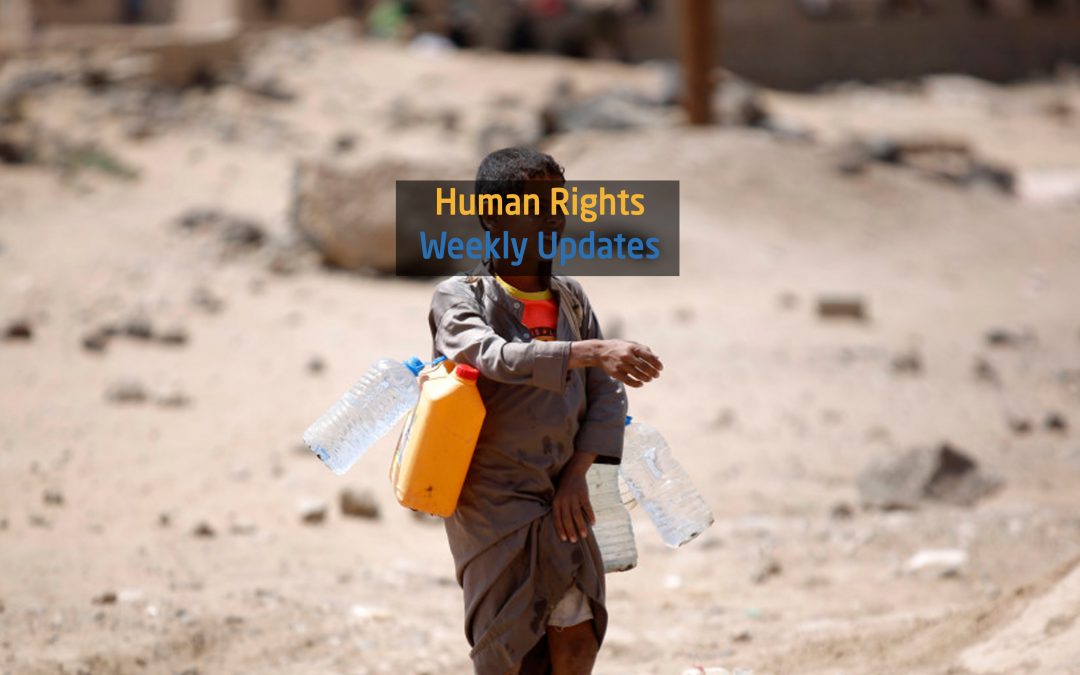 (10, December,2019), Women became a military target on the frontline in Taiz governorate. They couldn’t afford the costs of displacement so they preferred to live in danger of the missiles and bullets of snipers. According to local reports, 490 women have been killed in Taiz, 223 of them on the frontline, and 125 children have also been killed on the frontline since the beginning of the war in 2015.

(10,December,2019), The people of al-Wazi’iyah district in Taiz governorate have been facing deteriorating health conditions as a result of the spread of dengue fever and diphtheria and the absence of medical services.

(11,December,2019), A court loyal to the Houthi group held the first session to charge the ten abducted journalists who were detained four years ago. The lawyer for the journalists, Abdul Majeed Sabrah, said, “The court charged the journalists based on the indictments of the Criminal Prosecution, including that journalists are the enemies of Yemeni nation.”

(13,December,2019), Local sources reported that the abducted journalist Abdel Hafez al-Samadi’s health has been deteriorating in the Houthi prison in Sana’a. The sources added that his health has worsened severely, while Houthi group prevent him from getting treatment and being brought to trial.

(12,December,2019), A woman was injured and a number of houses and cars damaged as a result of discriminate shelling on civilian houses in al-Zahir district in al-Baydha governorate.

(16,December,2019), The water crisis have worsened in many neighborhoods in Khor Maksar in Aden for the past three months and the local authority fails to rapidly respond.