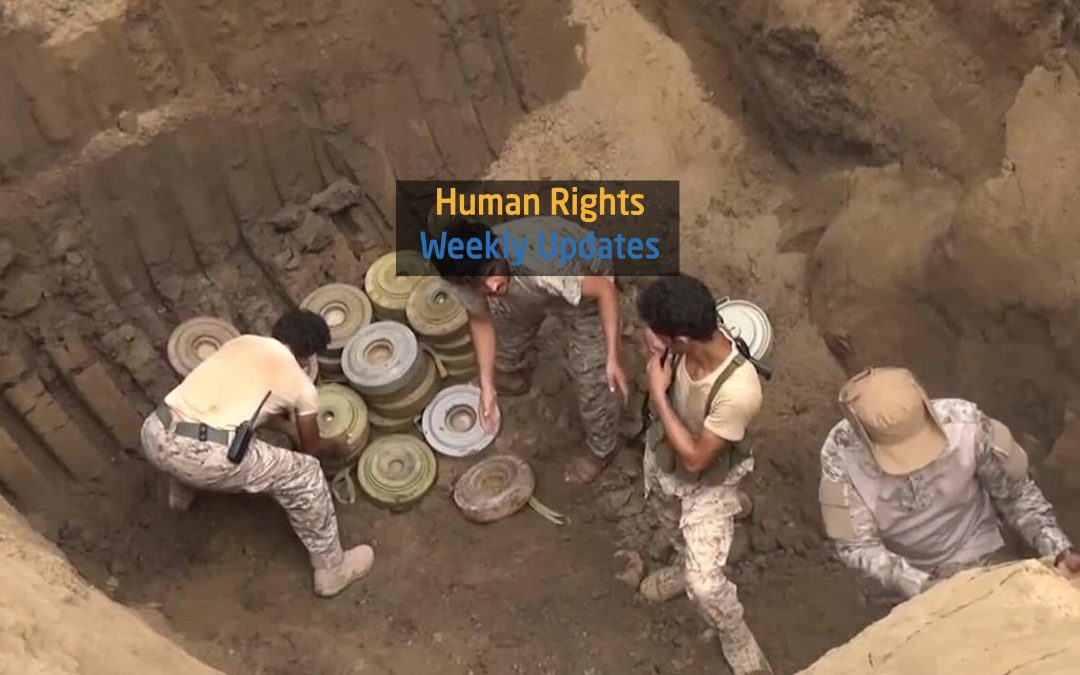 (7, January,2020), The manager of the Ministry of Health office in Hadhramaut coast said there have been more than 3 deaths and more than 20 infected cases as a result of diphtheria.

(7, January,2020), Yemeni Journalists Syndicate documented more than 130 violations  against journalistic freedom committed by all parties to the conflict last year.

(7, January,2020), The engineering team removed more than 1,600 landmines and unexploded ammunition in the first week of this month.

(8, January,2020), A child was injured as a result of Houthi artillery shelling targeting one of the civilian villages in Hayfan district in Taiz governorate.

(8, January,2020), The Yemeni activist Ibtisam Abu Donya reported that one of the Houthi leaders assaulted and beat her and her sons inside her house in Sana’a. Activists circulated a photo of her face showing marks of being beaten.

(10, January,2020), Food prices have increased due to the impact of the war on the new currency, the deterioration of the national currency and the increased cost of sending money to the areas controlled by the Houthi group, all of which increases the suffering of Yemenis.

(11, January,2020), A woman was injured by shrapnel from the bullet of a Houthi sniper in Hayfan district, south of Taiz governorate.

(12, January,2020), A civilian was killed by the Houthi group in Hayes district in Hodeidah governorate.

(12, January,2020), The Prisoners Exchange Committee, along with the government and the Transitional Council supported by UAE, has started the first procedure of receiving prisoners in Shabwa governorate, implementing the Riyadh agreement.

(13, January,2020), Public schools in Aden are closed after calls for a comprehensive and open strike.

(13, January,2020), The army forces announced that dozens of landmines and explosive devices have been found in al-Manthar neighborhood, east of Hodeidah airport.