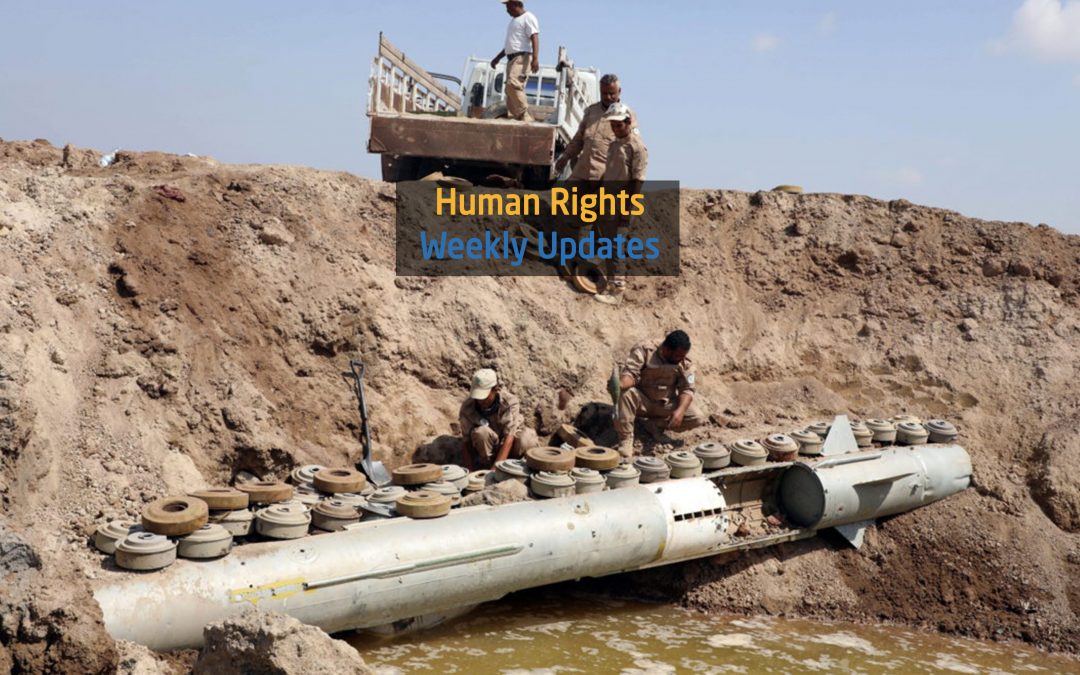 (18, February,2020), MASAM announced the removal of more than 1800 landmines and devices in the liberated areas in the first week of this month.

(18, February,2020), At least 30 civilians were killed and 12 others injured in coalition airstrikes hit al-Hayjah, populated area, in al-Jawf governorate.

(19, February,2020), Civilians in #Taiz governorate complain of the high prices of food and oil derivatives, despite the drop in foreign currency against the national currency, because of the absence of government supervision.

(20, February,2020), The Association of Abductees’ Mothers documented the deaths of 24 abductees since the Stockholm Agreement, as a result of the torture and medical negligence in the prisons they are held.

(20, February,2020), Houthi group are obliging students in private and public schools to repeat their call, ‘Death to America, death to Israel and victory to Islam’ and added violent and sectarian concepts to curricula.

(22, February,2020), Students of the College of Education condemned the crimes of the Houthi group and the interruption of communication networks and demanded to find solutions.

(24, February,2020), Alwan Saif is full of sorrow for the loss of his wife who died while she was giving birth and who left two children behind. Her husband couldn’t afford to take his wife to

the nearest health center because of the difficult economic conditions. Alwan’s wife is one of 626 deaths per 1000 childbirths. A woman dies every two hours as a result of the deterioration of health center facilities, according to Yemen’s State of Population 2019 Report, prepared by the National Council for Population.