Darkness covers Aden, hit by epidemics amid conflicts between the Yemeni government and STC. 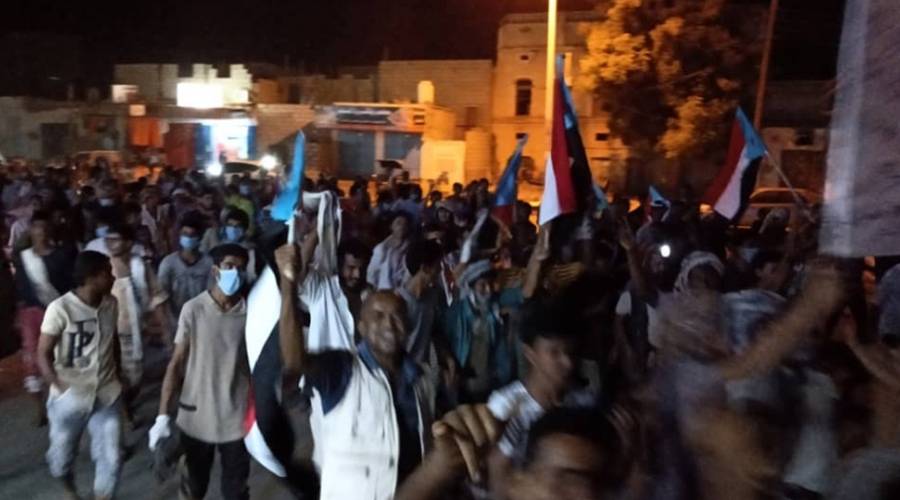 After 18 hours without electricity, civilians in Aden take to the streets to express their anger and protest the devastating situation.

A political researcher, al-Bara’a Shaiban, said, “The real problem Yemen faces in general and Aden in particular is the absence of authority.”

“The Southern Transitional Council hold the Yemeni government responsible for what is happening in Aden. At the same time, STC refuses to allow the government in Aden to take over responsibility on the ground,” Shaiban added.

Aden inhabitants pay the price of the government’s failure to restore the situation and the militias which work to satisfy their own interests rather than the people’s needs.

“The conflict between the Yemeni legitimate government and STC has extremely affected Aden’s inhabitants and doubled their suffering as a result of the lack of electricity, water, and the collapse of basic services,” said Deputy Chairman of the Political Bureau of the Revolutionary Mobilization Council, Mudarram Abu Siraj.