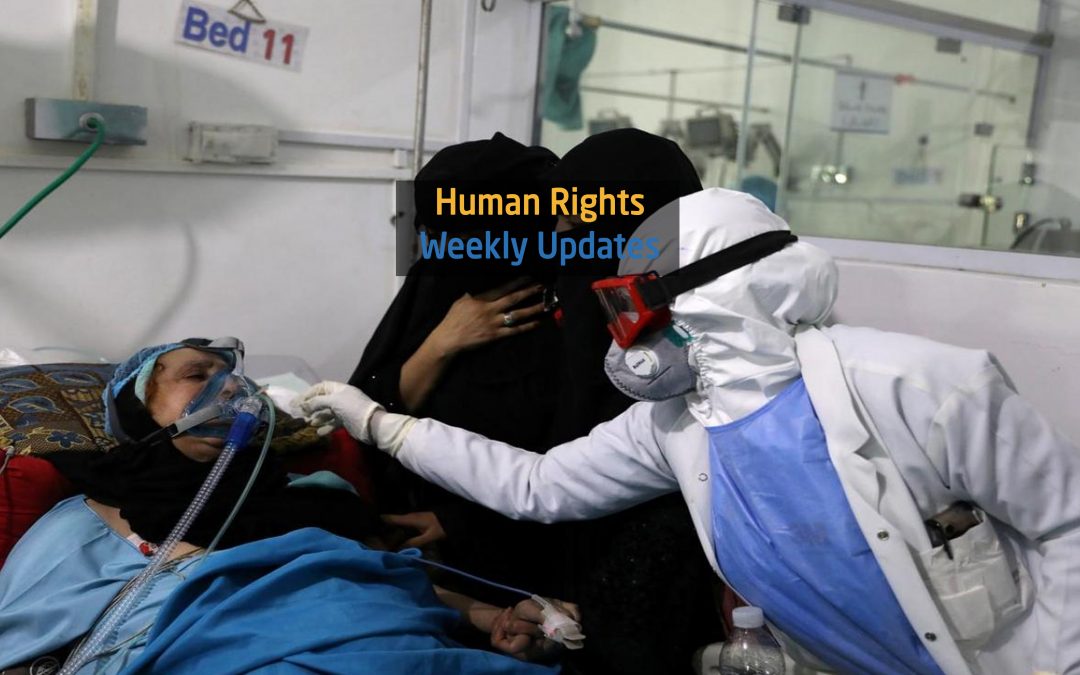 (14, July, 2020), The family of the photojournalist, Abdullah Bakir, renew their demands to release him from the Military Intelligence prison in Al-Mukalla governorate. Bakir was arrested two months ago without an official charge.

(12, July, 2020), The local sources said the airstrike targeted the house of Nayef  Mejali,  causing the death of all  residents of the house and the recovery operation continues because some bodies are still trapped in the rubble. Local source: Many civilians were killed, including women and children, by a coalition airstrike targeting a house in Hajjah governorate.

(12, July, 2020), The Highest Executive office of the Yemeni Doctors and Pharmacists union confirms the death of 45 Yemeni doctors as a result of COVID-19.

(12, July, 2020), Two civilians were killed as a result of the explosion of two landmines planted by Houthi group in Hodeida governorate.

(11, July, 2020), Child labor has worsened in Yemen amid the deterioration of the economic situation and the high poverty rate. Zaher is a child who left his school to work in a car repair shop to support his family and provide medicine to his father.

(10, July, 2020), The Supreme National Committee announced that the total cases of coronavirus coronavirus in Yemen increased to 1,380, with 364 deaths and 630 recovered cases.

(9, July, 2020), Human Rights sources demand the security authority in Abyan governorate to disclose the fate of 4 civilians that were abducted when travelling from Hadramout to Aden in late June.

(9, July, 2020), The family of the photojournalist, Abdullah Awad Bakir, who was detained in the prison of the Military Intelligence in Al-Mukalla, confirmed that Bakir was transferred to Hadhramout hospital after his health condition worsened.

(9, July, 2020), Civilians were injured by Houthi missile strikes at a populated neighborhood in Marib city. A Belqees Channel correspondent said a woman and three children were injured and many houses and private properties were damaged after Al-Shareka neighborhood was targeted.

(9, July, 2020), The suffering of the civilians in Shabwa governorate has worsened as a result of the power outages and the electricity institution has blamed the government for not buying sufficient fuel.

(9, July, 2020), Association of Abductees’ Mothers protested in Aden to demand the Southern Transitional Council to disclose the fate of all detainees and take measures to protect them from the risk of COVID-19.