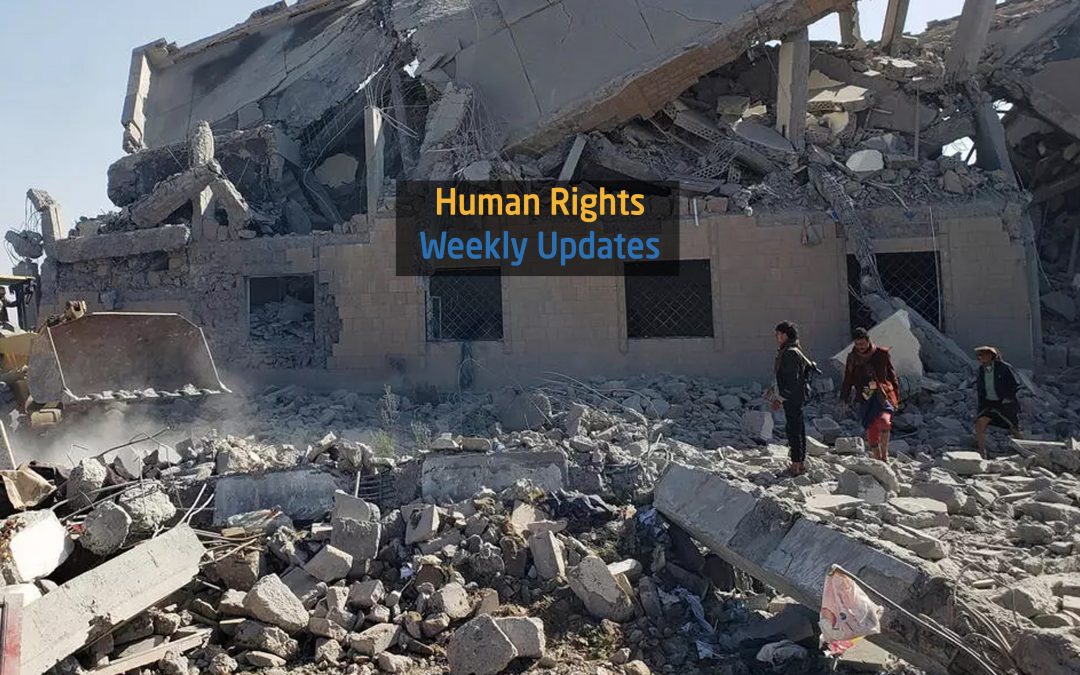 (15, July, 2020), 12 civilians were killed, including women and children, and 4 others injured after Saudi-led airstrikes hit  Al-Jawf governorate.

(15, July, 2020), The Human Rights Information and Training Center documented 311 violations committed against civilians by the Houthi group in Taiz in the first half of this year.

(15, July, 2020), Dozens of fishermen in Hadhramaut governorate staged a protest, demanding local and foreign ships to stop tampering with fishery resources. The fishermen consider the use of such ships illegal, causing the destruction of fish habitat, which is criminalized under fishing regulations.

(16, July, 2020), 12 civilians were killed, including women and children, and 4 others injured after Saudi-led airstrikes hit  Al-Jawf governorate.

(18, July, 2020), A Houthi leader abducted the manager of Al-Thawrah hospital in Ibb Governorate, his deputy and a number of doctors.

(18, July, 2020), A local source said Abu Rami, the Houthi supervisor in Waraf area, attacked the hospital with a number of armed men after asking the manager to use the hospital ambulances for the funeral of some Houthi members.

(18, July, 2020), The Supreme National Committee announced that the total cases of coronavirus in Yemen increased to 1,576, with 440 deaths and 695 recovered cases.

(19, July, 2020), The increase of food prices in Lahj governorate, coinciding with Eid Al-Adha (Islamic festival), doubles the suffering of civilians amid the cutting of salaries and the lack of job opportunities.

(21, July, 2020), Local sources: a child was injured by mortar shells fired by the Houthi group in Hayes city, south of Hodeida governorate

(21, July, 2020), Armed men affiliated to ‘Abu Al-Abbas’ battalion, which is supported by UAE, abducted 5 civilians and led them to an unknown destination in Al-Hajriyah area, south of Taiz governorate