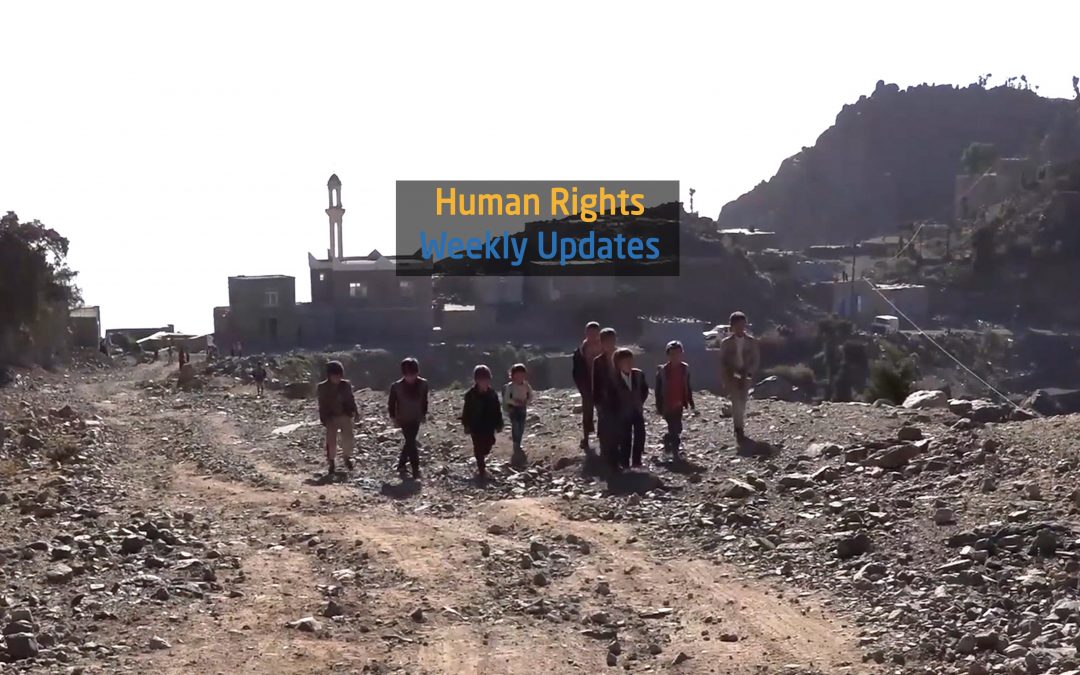 (22, July, 2020), The people of Aden Dima village in Sabr mountain in Taiz governorate dig up a road using shovels after the neglect of the successive authorities. They are forced to carry a sick person on their back for hours to transport them to the hospital and many people die at home.

(22, July, 2020), Local sources: the streets of Seiyun city in Hadhramout governorate flooded as a result of the abundant rainfall.

(23, July, 2020), Dozens of civilians in Aden hold a protest demanding a reform of services which have been deteriorating for months and demanding the departure of the Saudi-Emirati alliance and their militias as a result of their failure to provide them with services such as electricity and water.

(23, July, 2020), Houthi group warned that 313 hospitals and public and private health centers could stop operating as a result of the severe shortage of oil derivatives.

(24, July, 2020), The Association of Abductees’ Mothers renews the call on all warring parties to unconditionally release the detainees and abductees who have been falsely imprisoned.

(24, July, 2020), The executive unit of the Administration of IDPs Camps in Marib governorate said the flash flood caused the death of three civilians and the injury of others, and more than 5,400 households are affected.

(25, July, 2020), A girl was killed in landmine explosion planted by Houthi group in Jabal Habashi district in rural Taiz.

(25, July, 2020), The American Center for Justice: Houthi group refuses to release Usif Al-Raimi, 73 years old, who was abducted and has been held for three years in prisons in Sana’a.

(26, July, 2020), Health authority: No new COVID19 cases are recorded in the last 24 hours and 5 deaths recorded in Hadhramout governorate.

(28, July, 2020), Four civilians were killed and three others injured after a hotel collapsed in Sana’a, which has been affected by heavy rain. Local sources said the Civil Defense Department continued for hours to search for survivors and managed to rescue some of them.

(28, July, 2020), At least ten people died as a result of the flash flood in many areas east of Hodeidah governorate. Dozens of houses were swept away by the flood and many lands and roads were affected and damaged.

(28, July, 2020), The incidences of attacks against medical staff by armed and influential men have been repeated across many Yemeni hospitals, while the medical institutions usually resort to protest and stop providing services in order to be protected.