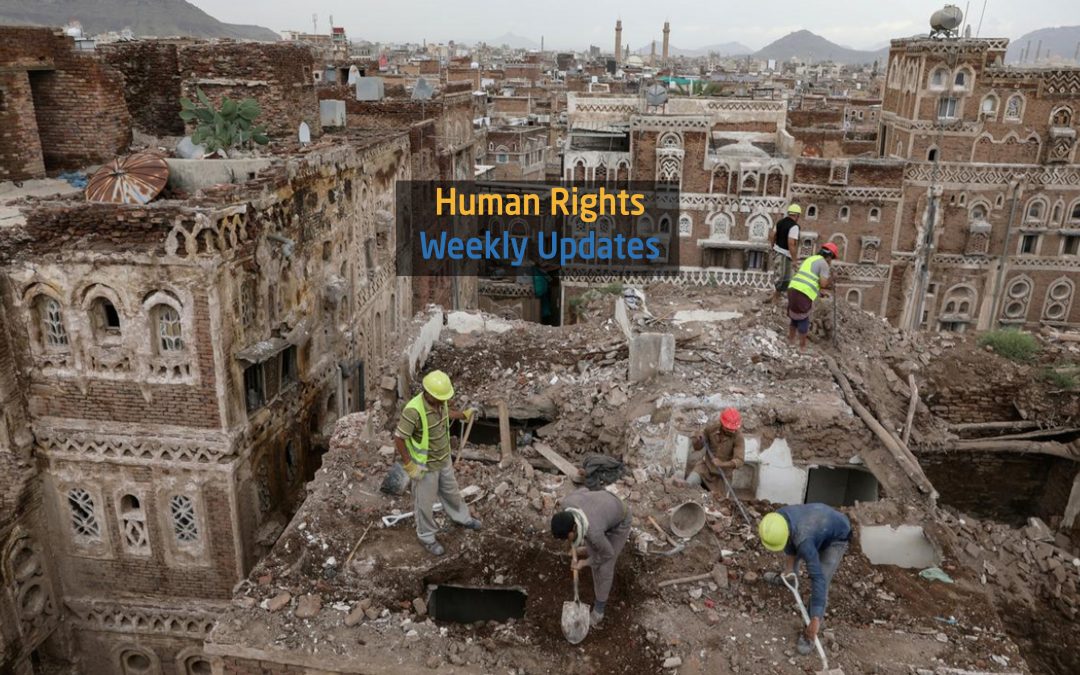 (12, August, 2020), One of residents of the old city of Sana’a is crying for help after the Flood destroyed his house, “Be merciful unto us, we don’t have a relative or friend.”

(12, August, 2020), 30 national Human Rights organizations in Yemen demanded the security apparatus to protect civilians in Taiz. they said that the armed clashes last Sunday caused the death of 4 civilians and the injury of 6 others. The statement demanded the perpetrators to be urgently arrested.

(13, August, 2020), A security campaign in Taiz succeeded in arresting Ghazwan Al-Mikhlafi and other wanted individuals over their involvement in violent armed clashes in Taiz that resulted in the death of a number of civilians, and for the killing of 10-year-old child Ayham.

(15, August, 2020), The Yemeni Journalists’ Syndicate demands the security authority in Al-Dhale governorate to investigate the attack on Belqees correspondent, Mohammed Al-Mureisi, and to arrest the perpetrators. The Syndicate said Al-Mureisi received a death threat on the grounds of his journalistic activities. On top of that, his car was attacked and the windows were broken.

(15, August, 2020), Al-Qaeda executed the doctor Mazhar Al-Yousfi in Al-Souma city in Al-Baydha governorate on the charge of spying on Al-Qaeda. A video circulated on social media shows Al-Yousfi crucified on the wall after he was shot to death.

(17, August, 2020), 208 houses have been affected by the rain in Shibam city, which is listed as a UNESCO World Heritage site, and the civilians demand rapid restoration.

(18, August, 2020), A 10-year-old girl, Rowaida, was shot in the head by a Houthi sniper while she was playing with children and bringing water, in the Kalaba area in Taiz governorate.